My Etsy.com shop, InventingTrees has some of my artwork up for sale.  AND I am currently having a sale!
Use the coupon code BOOMBOOM at checkout and you will receive 60% off your order of my art work.  This does not include shipping and international orders can convo via the Etsy.com shop in order to facilitate shipping and ordering!

Hurry, though.  The sale only lasts until July 5!

Posted by Unknown at 4:31 PM No comments: 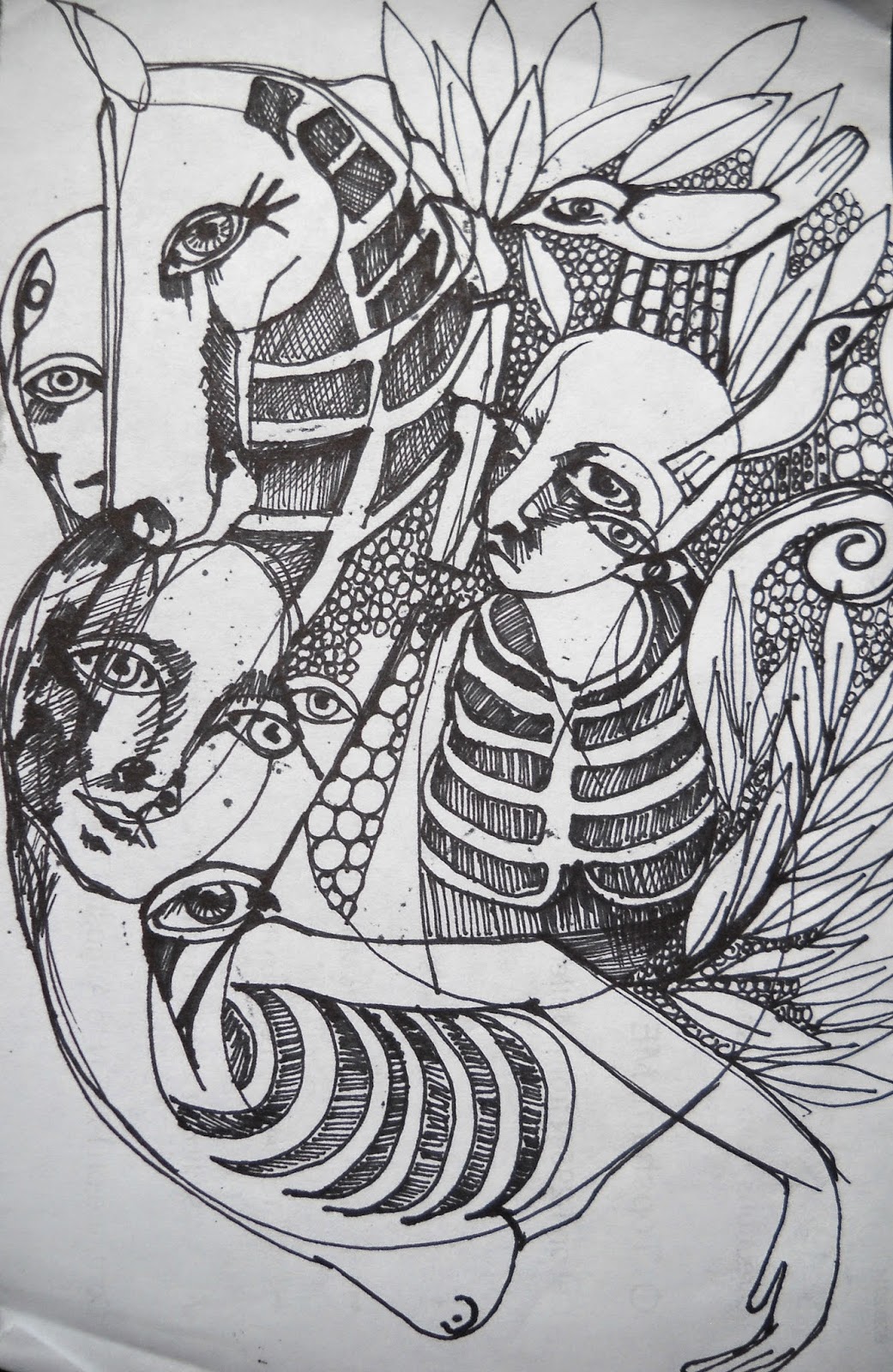 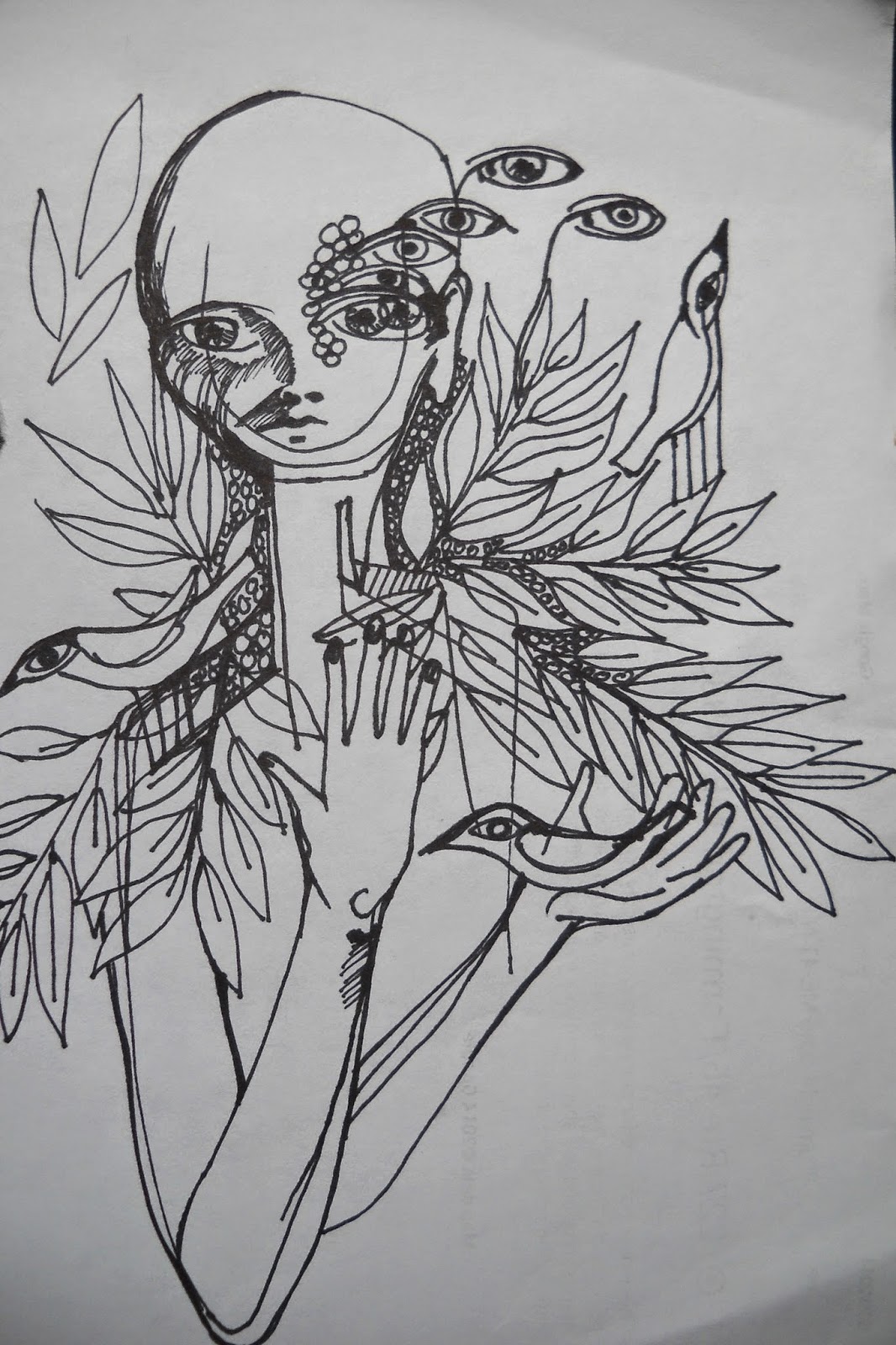 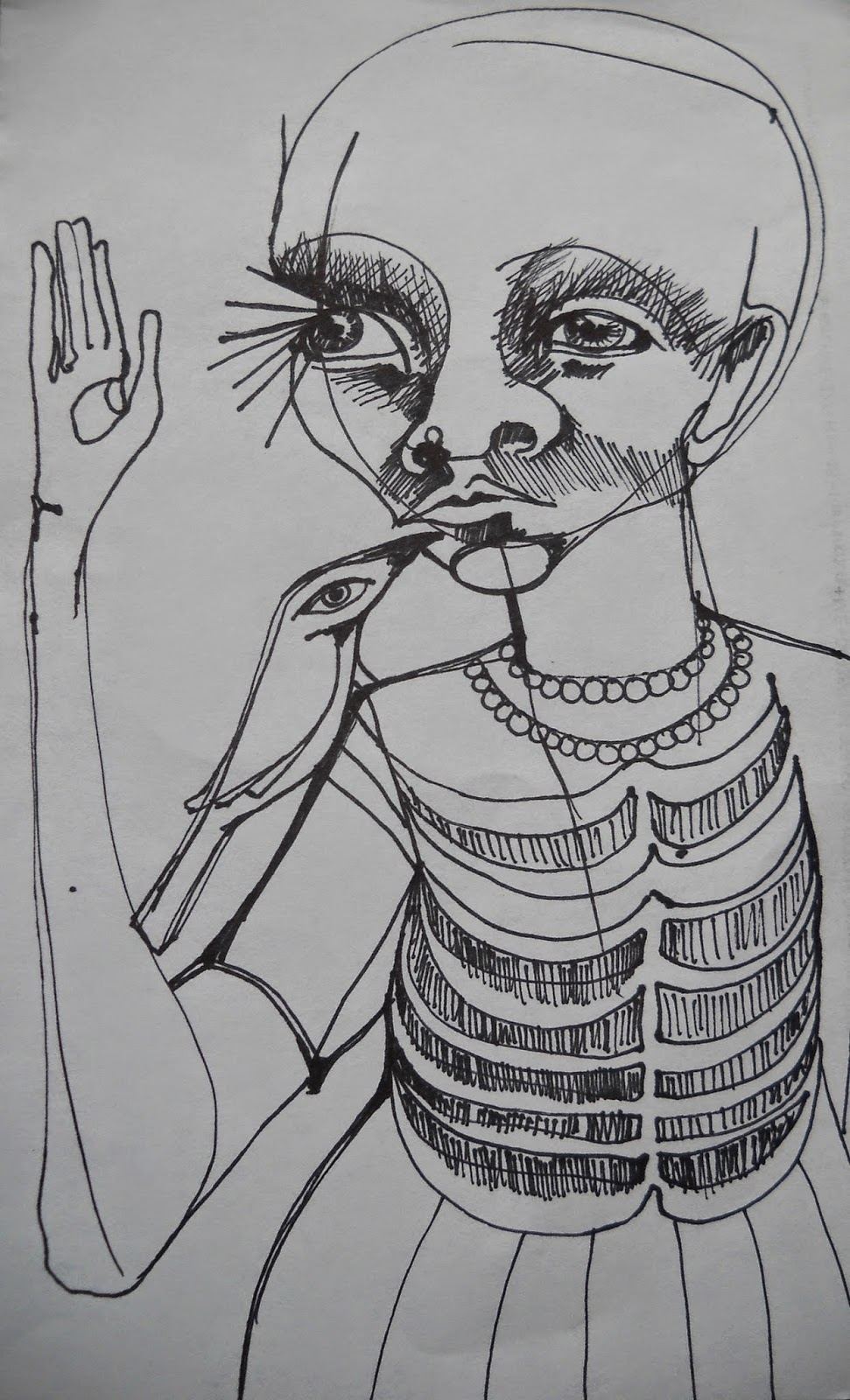 syncopation in the time line

There was no huge event that happened that changed everything.  Or at least I don’t remember syncopation in the time line.  Nothing ever seemed like that “IT” moment when everything would never or ever be.
And it’s not that anything was flat either.  Maybe it’s better to say that I never viewed my memory as a timeline at all.  I never thought of things individuated from other events.  Moments were never separated forms.  They merged and danced with other moments and created a tapestry or a hammock.  My life laid on a hammock- grass growing up in between the fabric in the lush summertime moments and ice pulling other moments into sharp clarity in crystal pain. 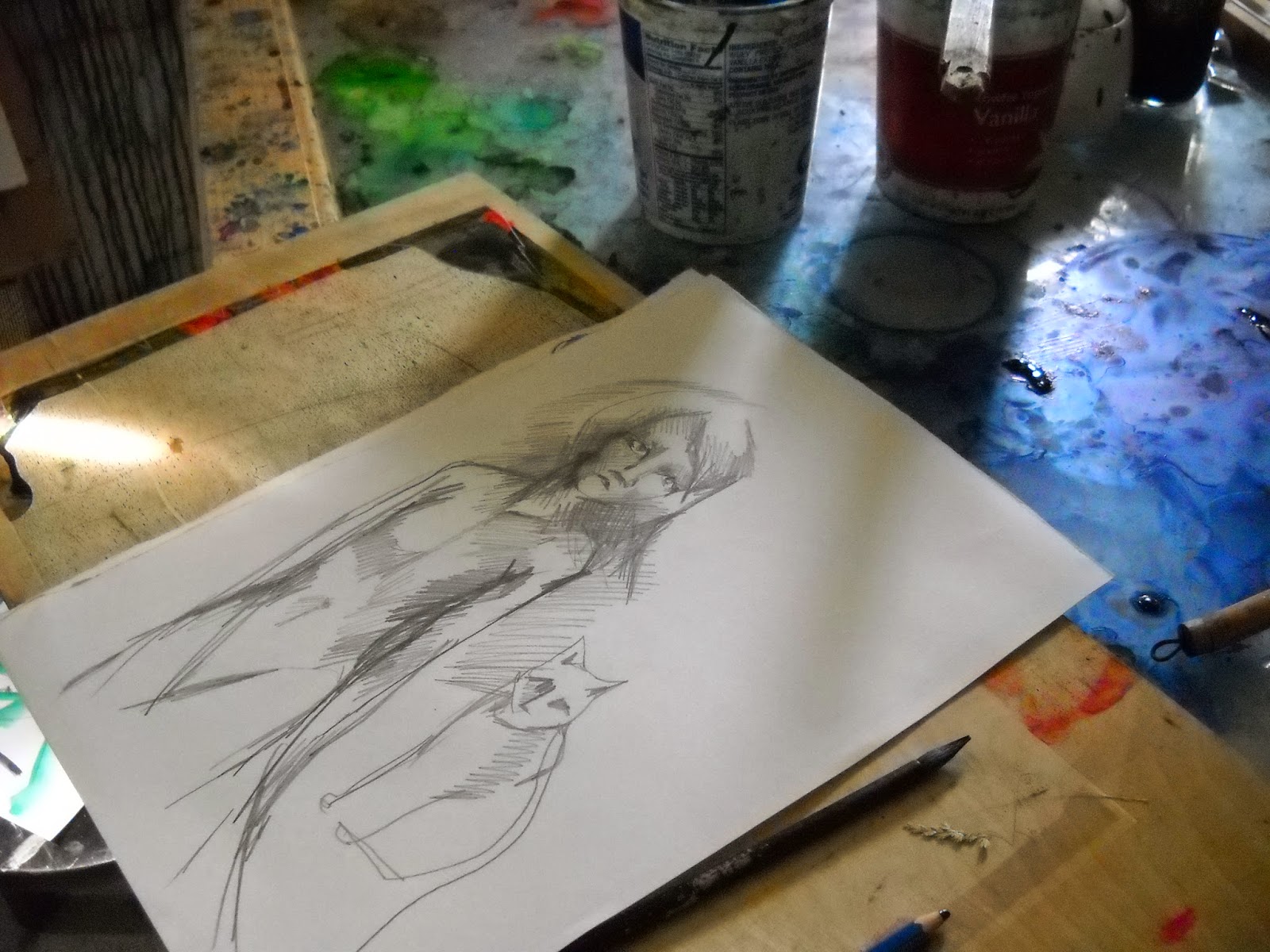 Time has a milky feel- spread out on a big paper.  Colors bleed into one another and form images.  Familiar themes emerge and run throughout.  Sometimes odd bits are introduced and they stand out but often they are the more boring and mundane elements of time.  So they are discarded as irrelevant.
The paper all this happens on is dimensionless- it is very small and very large within the same breath.  This is not odd or curious.  It merely is.
The milk paint colors can we worked over- they can be pushed back or pulled out.  But once the color is placed on the paper, it changes the paper and cannot be erased.  Even the act of erasing an image leaves impressions upon the paper- the fibers rubbed away and a new layer exposed.  The way this new surface would hold the milk paint colors would be different than the other layers.  That difference would prove to be a curious moment that would invoke further inspection and thereby exposing the under-drawing of what was before.


So best to not erase…best to just move on to a new part of the paper.  After all the paper is boundless.  Maybe.
Posted by Unknown at 5:05 PM No comments:

Make your own fortune. 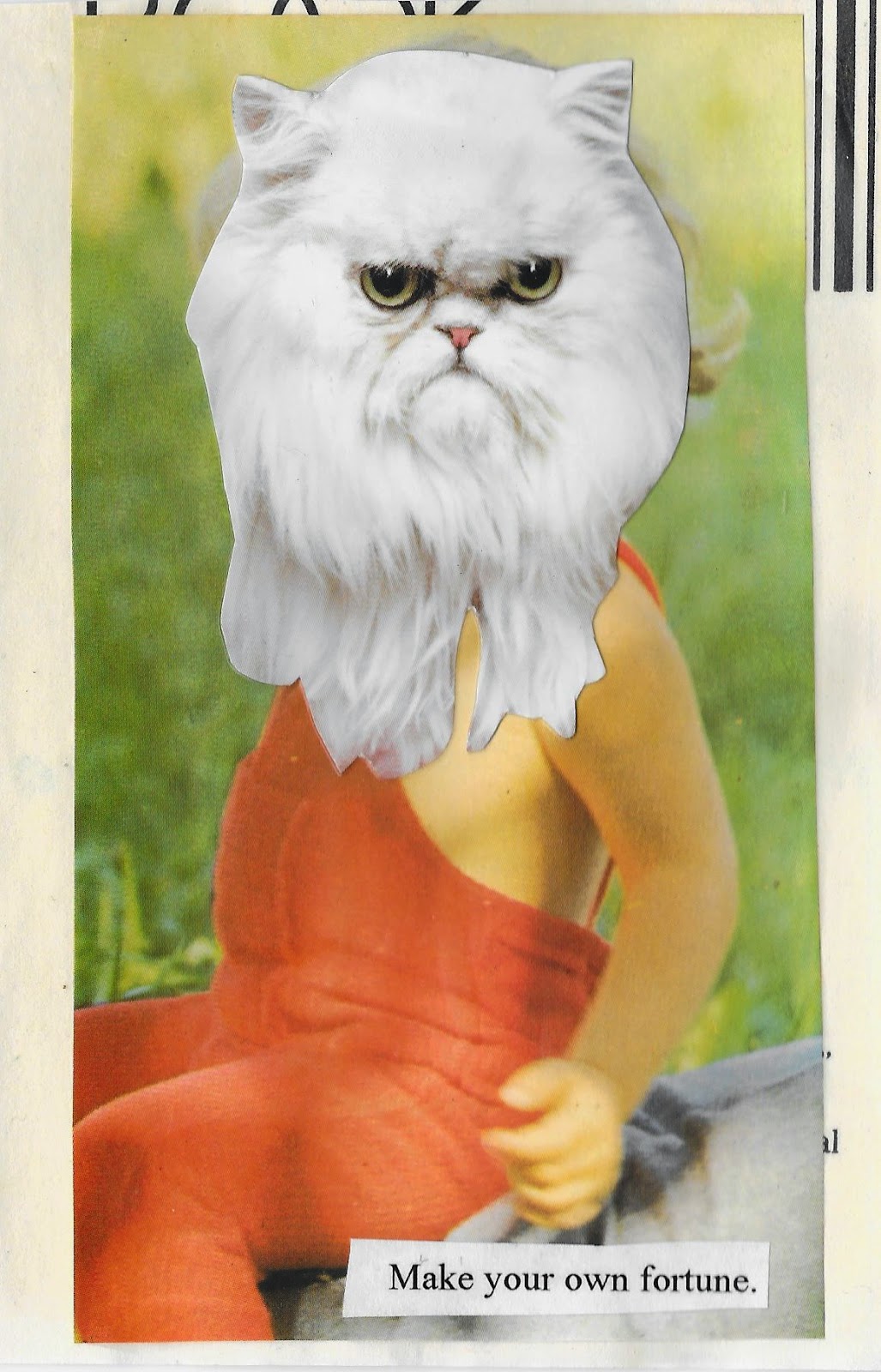 Posted by Unknown at 6:22 PM No comments:

For Immediate Release:
Dr. Goodweather's Dreaming Attic
Frank Brockman Gallery
68 Maine St. #3, Brunswick, ME
Friday, July 11, 2014
5pm to 8pm
FREE
For three hours in June you will have the chance to slip into a world of dreams crafted just for you by some of Southern Maine's most surreal and innovative painters, sculptors, musicians, video artists, and creators.  View the brushstrokes, lines, colors, forms, and drips that dreams are made of.  Witness the rapid eye movements of living statues.  Enter a dream booth where Dr. Goodweather himself will present you with a virtual dream.  Expose your ears to a live musical battle between dreams and nightmares. Get lost in the magical haze of a show beyond your wildest dreams.
Art by Andrew Abbott, Seth Dussault, John "Sighless" Supinski, Kevin Gallagher, William Hessian, Baxter Koziol, Bridget McAlonan, Gabrielle McGuire, and Abbeth Russell.
Live music by Wes Covey (The Ten Thousand Things) and Laughing Animal.
Curated by Abbeth Russell.

The music will last for one night on July 11, but the visual will be on from May 31 to July 15.  Hours are capricious but oh so worth it!
“This isn’t just an art show, it is a full experience.  A collection of dreams brought to life.”  --Sleepwalk Gazette
“An awakening event.”  --The Nightlight Times

the solution to the lack of gallery space 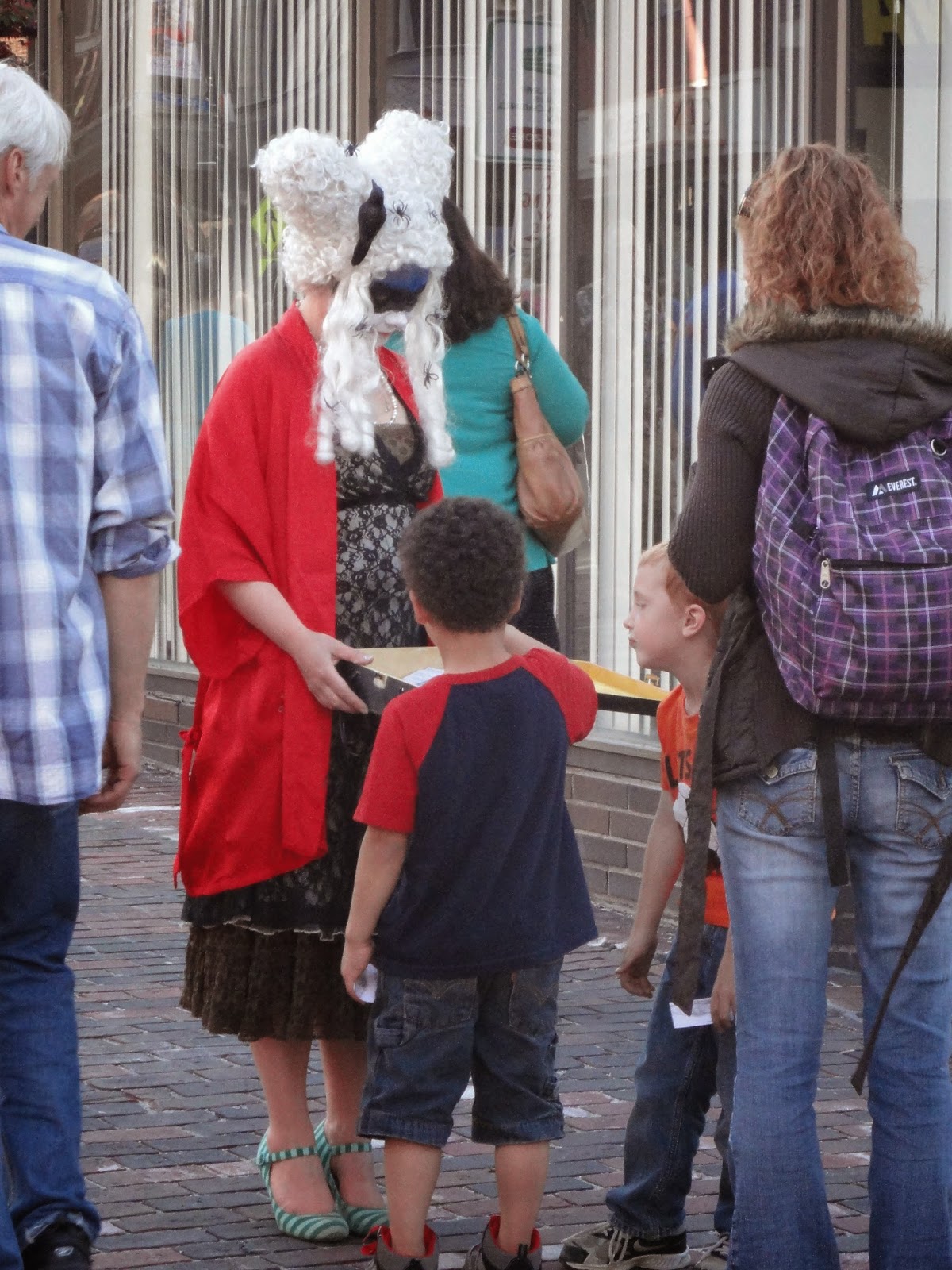 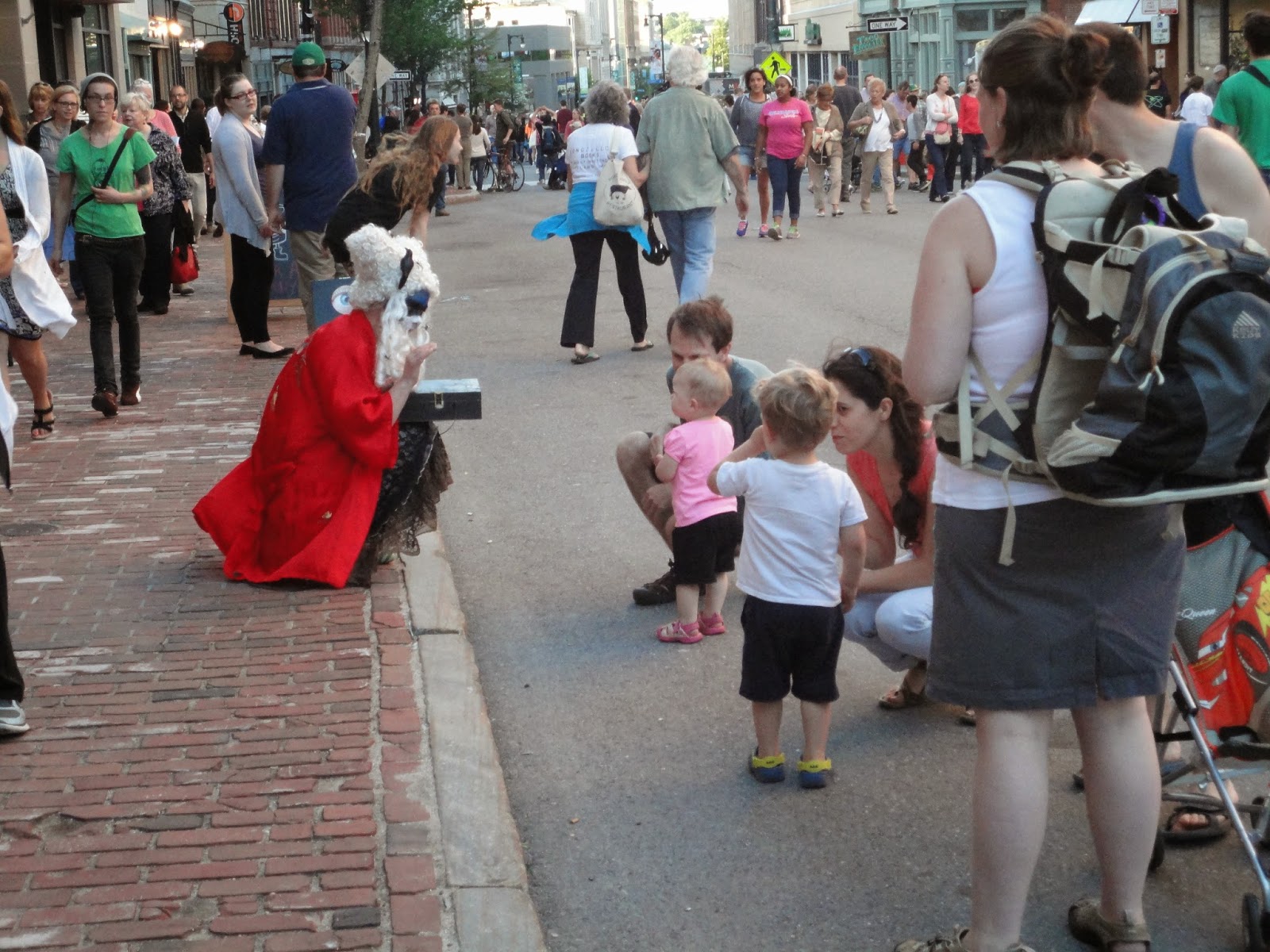 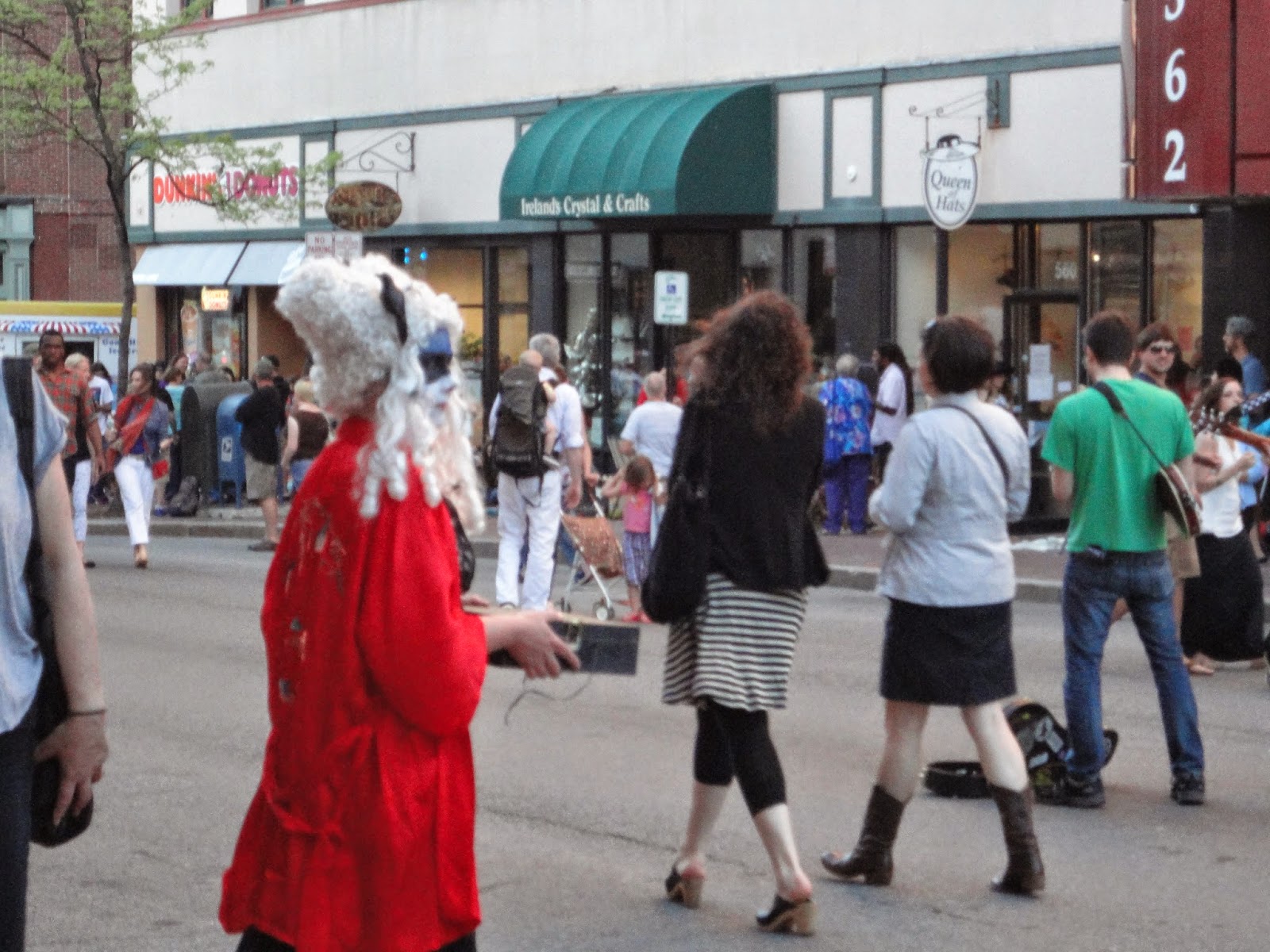 Posted by Unknown at 7:02 AM No comments: